Critical Race Theory in the workplace is not about diversity, equality and inclusion

If you believe what you read in the mainstream press, Critical Race Theory (CRT) training in the workplace is all about fighting racism.  However, a closer read will show that CRT is just the opposite – it actually promotes racism, pitting employees against one another and causing legal liability for employers.

As an attorney, I conducted corporate training on race and sex discrimination law.  But there is no law supporting CRT.  Quite the reverse:  CRT “teaches” that Whites are inherently racist oppressors and Blacks are helpless victims without options.  It promotes a hostile work environment, racial enmity, differential treatment by race, retaliatory “cancelling” and terminations of critics.  In short, it teaches others, including employers, to discriminate based on race.

To support their viewpoint, CRT supporters reduce our history to a caricature:  WWII, the successful worldwide fight against fascism led by the United States, which cost tens of millions of lives, becomes only the internment of Japanese-Americans, while the crucial contributions of George Washington to the Revolution, the Constitution and the creation of the American Republic’s “last, best hope of mankind” and the “best poor man’s country” are ignored because of his slave holding.

Many companies these days are being scammed by “diversity consultants” who peddle this venom.  They may have good intentions, but this is no defense to CRT’s racist demonizing of White employees and the equally racist victimology imposed on Black employees.  The companies may believe that the “trainers” are mere “guest speakers,” but providing lucrative funding and a platform with their employees for these race hucksters, when the employees are paid – and usually required – to attend, will result in employer liability, just as though they had brought in the KKK to preach its racist doctrine.  CRT (and its many pseudonyms) is poison and those promoting it in workplaces and schools are violating civil rights laws and creating a racial tribalism instead of true diversity.

Upper Midwest Law Center encourages Minnesotans to confront CRT influence wherever they find it and persuade those who have naively been misled to see it simply as a new phase of the civil rights movement.  In fact, CRT is really opposed to Martin Luther King’s adage of judging people not by their color, but by the “content of their character.”  CRT reverses this principle and is the ideology of the new racism.

UMLC continues to fight against CRT indoctrination in the workplace.  Currently, it is pursuing lawsuits on behalf of Native-American, Filipino-American and White victims of CRT-based employment discrimination, retaliation and First Amendment violations.  We hope you can help us in this fight by making a confidential and tax exempt donation today. 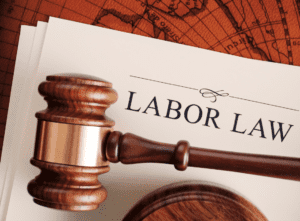 On December 12, 2022, the CATO Institute and the Manhatten Institute submitted an amicus brief to the United States Supreme Court to support the Upper